On the fourth day of the Montenegrin Human Rights Film Festival FAST FORWARD, the Berane edition opens in the Cultural Centre of Berane, and the audience in Podgorica will have the opportunity to watch three new premieres.

The Berane edition of the FAST FORWARD 2022 Festival opens today at 17h00, in the Cultural Centre, with a screening of the Montenegrin documentary ŠEJLA, by Velibor Čović, followed by a short discussion with representatives of the production of this film, and then a screening of the film CORSAGE, by Austrian director Marie Kreutzer, with a great Vicky Crieps, who won numerous prestigious awards as the leading actress in the role of the Austrian empress Elizabeth, one of the most powerful rulers of the 19th century. 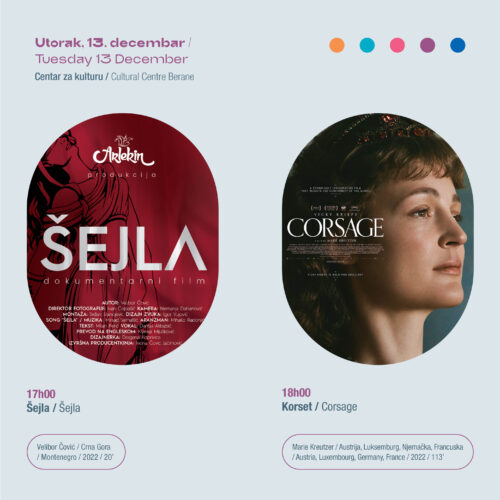 The fourth day of the Festival in Podgorica, at the Montenegrin Cinematheque, starts at 19h00, with the short  SNOW WHITE by Croatian author Lana Barić, which is her directorial debut, and for which she wrote the screenplay and played the lead role. This thought-provoking film deals with the female character, a woman who struggles with her painful past. The film won the Golden Globe award for the best short film in the International Short Film category at the Adana Film Festival (Turkey), as well as the Corto Montonese award for the best Croatian short film at the Motovun Film Festival (Croatia).

At 19h30 will be a screening of the film MY IMAGINARY COUNTRY by Chilean director Patricio Guzmán, who is well known to the audience of the FAST FORWARD Festival. His Battle of Chile trilogy is considered one of the best documentaries ever made. In this achievement, he powerfully connects Chile’s complex and bloody history with contemporary revolutionary social movements and the election of a new popular president. The film had its premiere in Cannes, and at the Jerusalem Film Festival it was declared the best documentary film.

The film GENTLE, by Hungarian authors Anna Nemes and László Csuja, is on the programme from 21h00, and it brings the story of Edina, a bodybuilder, who is ready to sacrifice everything for the dream she shares with her life partner and trainer Adam – to win Miss Olympia. The odd love that happens to her makes her realize the difference between her dreams and her true self. The film won numerous awards at international festivals, among others the Special Award – Director’s Week at the Brussels International Film Festival. 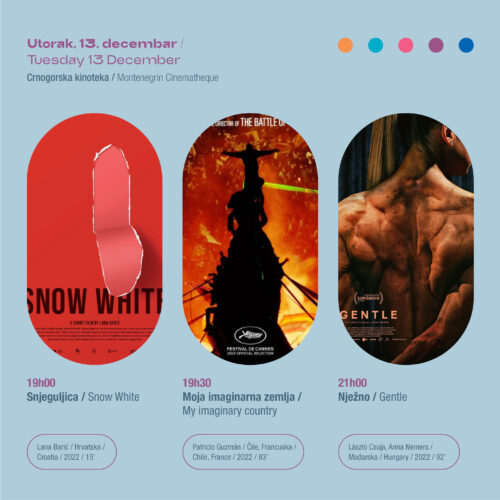