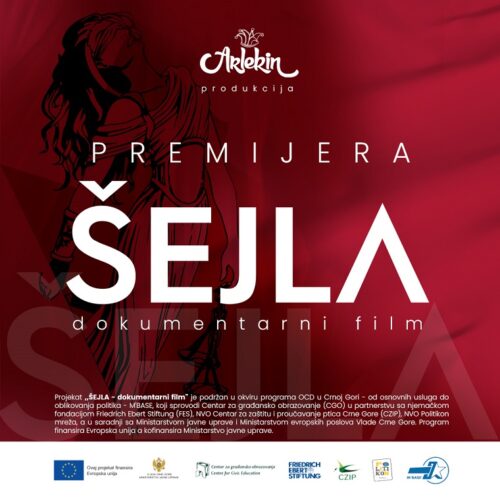 The story of Šejla, a girl who asked for protection and didn’t get it. Instead of applause in the theater, on whose boards she played, there was silence. The institutions didn’t react adequately. She was killed on her doorstep. Her murder raised several thousand people to their feet, who sent a clear message from the squares of Montenegrin cities: Enough is enough. This film is about Šejla, a nineteen-year-old victim of femicide and one of examples of the dysfunctionality, slowness and untimely action of the system in order to protect against violence. The film is dedicated to all women victims of violence.

Velibor Čović is a director and screenwriter from Montenegro, and currently the editor of the documentary program at the Montenegrin Cinematheque. He was the editorial director of TVCG, as well as an editor at YUTEL and Radio Free Europe. He is the author of the feature documentary I was ten years old, which was screened and awarded at many international festivals. He is the author of numerous television projects. The most important international awards he received: Special Prize in Montreal for the documentary film about the earthquake in Armenia (1988), and the Special Prize at the International Filmmarker Festival in New York for the documentary I was ten years old (2021).