The FAST FORWARD 2021 closes with TEREZA37, the best film of the Pula Film Festival 2020 and the Croatian candidate for the 2022 Oscar, directed by Danilo Šerbedžija, while the guest of the FAST FORWARD 2021 Festival is the main actress and screenwriter of the film Lana Barić.

The programme of the last day of FAST FORWARD 2021 starts at 17h00 with a selection of short films – DUSK, by Hungarian author Bálint Bíró, SUMMER PLANNING, by Romanian director Alexandru Mironescu, as well as the film FROM THE BALCONY, directed by the Greek Aris Kaplanidis.

TOWN OF GLORY, by Russian director Dmitry Bogolyubov, begins at 18h00. The film provides an insight into the lives of the inhabitants of Yelnya, who are being manipulated daily, indoctrinated and militarized and where children have been raised to be military-trained national patriots. In Yelnya, a town similar to hundreds of small provincial towns in Russia, its heroic Soviet past and poor post-industrial makes the town vulnerable to aggressive anti-Western propaganda by the Kremlin. The film won the Audience Award for Best Documentary at the Trieste Film Festival, as well as the Special Jury Prize at the One World IFF Festival in the Czech Republic.

The FAST FORWARD Festival closes at 19h30 with the work of Croatian author Danilo Šerbedžija, TEREZA37, the absolute winner of the Pula Festival in 2020 and the Croatian candidate for the 2022 Oscar. It is an exciting and universal story in which the protagonist tries to redirect her life to a new track, entering new experiences without too much thinking and reconsideration, but also opening the question of the position of women in local, still patriarchal societies, where it seems there are no indications of change. Lana Barić is brilliant with both the script and the acting, which have been recognized at numerous festivals around the world where this film was screened, alongside the many awards it has got. 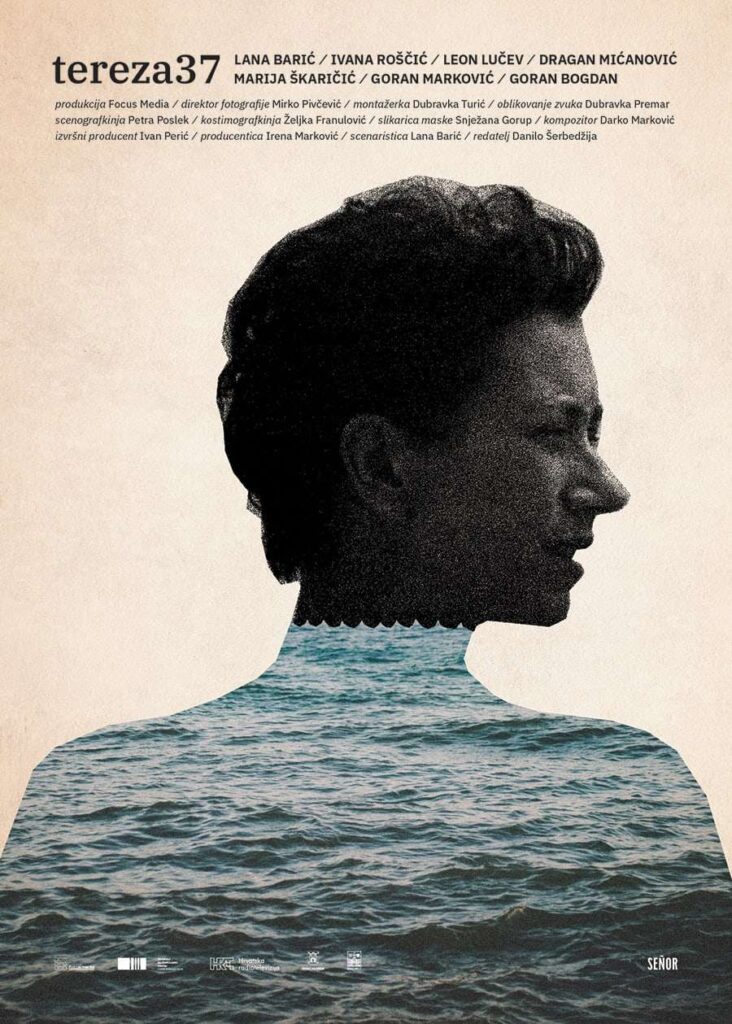 After the screening, there will be a Q&A with Lana Barić, screenwriter and main actress of the film Tereza37, hosted by Nikola Ljuca, director and selector of this year’s FAST FORWARD Festival, which officially closes FAST FORWARD 2021.

The entrance to all film screenings is free, however, complying with all safety rules of Covid-19 is mandatory.

This year’s edition of the Festival was supported by the Ministry of Economic Development of Montenegro, the Embassy of Finland in Belgrade, UNDP within the project Reform of the National Disability Assessment System, the Municipality of Berane and the Municipality of Kotor. Partners are BELDOCS, Sarajevo Film Festival and Montenegrin Cinematheque.

Media sponsors are the public service Radio-Television of Montenegro (RTCG), with the portal RTCG.me, then the independent daily, Portal and Television Vijesti, Radio Berane and Radio Kotor, as well as the portal CdM. The growing importance of the FAST FORWARD Festival recognized our new media partners as well – television Gradska TV, Nova M and Prva, radio stations Antena M and Gradski radio, dailies Pobjeda and Dnevne novine, and the portal Dnevne novine and Antena M.