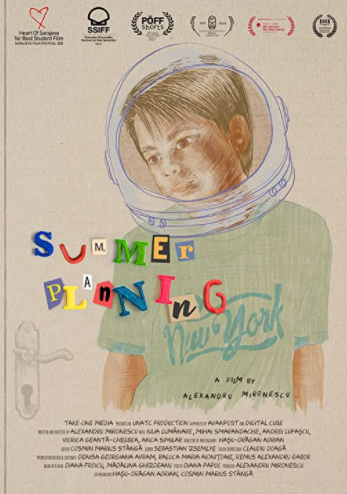 All Andrei wants is to leave for summer camp, together with his friends, once the school year is over. Meanwhile, his parents are caught up with their divorce.

Internationally trained Romanian filmmaker, with a background in live television, Alexandru Mironescu holds an M.A. degree in Film Directing from UNATC Bucharest. Also, this year he is expected to earn his M.F.A. degree in Film and Television from the Savannah College of Art and Design (SCAD), as a Fulbright Alumnus in the United States of America. His most recent film Summer Planning was invited to have its International Premiere at the San Sebastian International Film Festival, after winning the Heart of Sarajevo Award for Best Short Film at the Sarajevo Film Festival.