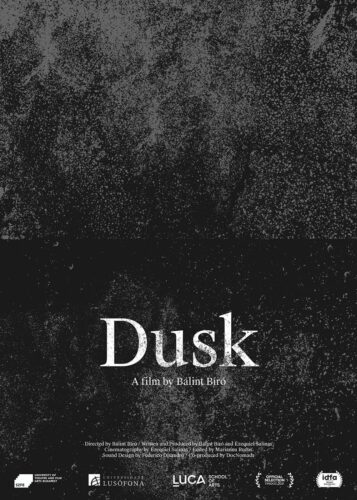 An ominous documentary viewing a global theme from the perspective of a small Hungarian community. A ‘landguard’ and his son go on patrol in the border area near Serbia, where an invisible danger looms. Figures sneak across the fields, unknown cars are spotted, dogs in yards behave strangely, and children are scared when it gets dark.

Bálint Bíró is a Hungarian filmmaker. He graduated from the Arts University in Bournemouth, England, where he studied film. In the same year, he was awarded a DocNomads International Master’s Scholarship in Documentary Filmmaking, to make films on the territory of Portugal, Hungary and Belgium, as part of a class of 24 students from around the world.