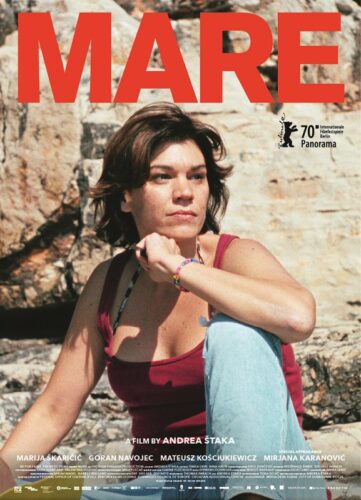 Mare has never flown, although she lives right next to the airport with her husband and three teenage children. She loves her family, but sometimes almost feels like a stranger in her own home. Who are these people she lives with? She finds herself gazing at the planes overhead, longing for change and the unknown. When one day a young man moves into the house next door, she puts her life to the test. This the story about pressures and expectations of society, roles we undertake and our internal wishes.

Andrea Štaka is born in 1973, in Lucerne, Switzerland and she lives and works in Lucerne and New York. This director, screenwriter, and producer became more familiar to the wider audience upon her first feature Fraulein, which won in 2006 the Golden Leopard at Locarno Fest, the Heart of Sarajevo and the Swiss Film Award for Best Screenplay. Her second film Cure – The Life of Another (2014), also screened at Locarno Fest and Sarajevo Film Festival, has received different awards and has seen international success, as well as her short film Hotel Beograd and her documentary film Yugodivas. She is a member of the European Film Academy.