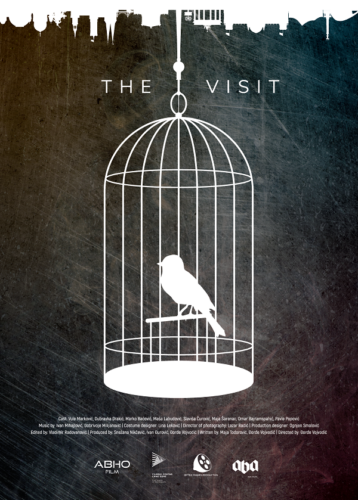 Stefan is a student from Montenegro living in Berlin. He shares an apartment secretly with his boyfriend. His parents believe that he lives alone, and they decide to visit him. That short weekend visit from his parents will forever change his life and turn his whole world upside down.

Đorđe Vojvodić is born in 1991, in Podgorica. He graduated in Rome, studying in the Italian language, at the University “Roma Tre”, Arts Department (DAMS – Discipline degli Arti, della Musica e dello Spettacolo). In August 2011, following strong interest and noted work within the subjects linked to film, he went to New York at the New York Film Academy where he completed the Four Week Digital Filmmaking Workshop and took part in the development of six short feature movies. He worked as the assistant director on films “Šavovi”, “Ajvar”, “Peloid”, “Toma”, “Prvi maj”, then in TV serials “Senke nad Balkanom”, “Žigosani u reketu”, “Dojč caffe”, “Toma”. He is producer and co-producer of several short features and documentaries. The short film “The Visit” is his debut work.