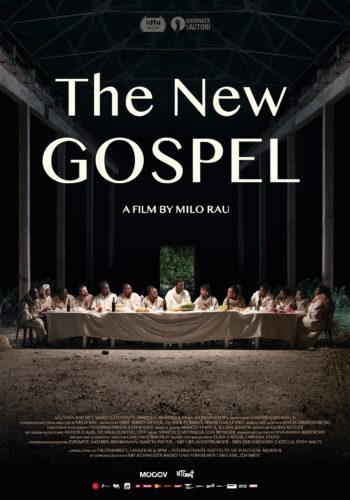 What would Jesus preach in the 21st century? Who would his apostles be? The filmmaker and his team return to the origins of the gospel and stage it as a passion play for an entire population. Together with Yvan Sagnet, a former farmworker and activist from Cameroon, Milo Rau creates a new gospel for the 21st century: A manifesto of solidarity for the poorest, a cinematic uprising for a fairer, more humane world.

Milo Rau was born in Bern in 1977 and studied sociology, German and Romance philology in Paris, Zurich and Berlin. Since 2003, Milo Rau has been working as an author and director, both in Switzerland and abroad. In order to produce and interpret his work, he founded the theatre and film production company IIPM – International Institute of Political Murder in 2007, and has been its director since then. His theatre productions and films (among them The Last Days of the Ceausescus, Hate Radio, City of Change, Breivik’s Statement, The Moscow Trials, The Civil Wars, The Dark Ages, The Congo Tribunal) have toured more than 30 countries and were presented at numerous international festivals. Aside from his work in film and theatre, Milo Rau teaches directing, cultural theory and social sculpture at universities and art academies. In 2016, Milo Rau became the youngest ever recipient of the renowned World Theatre Prize of the International Theatre Institute.