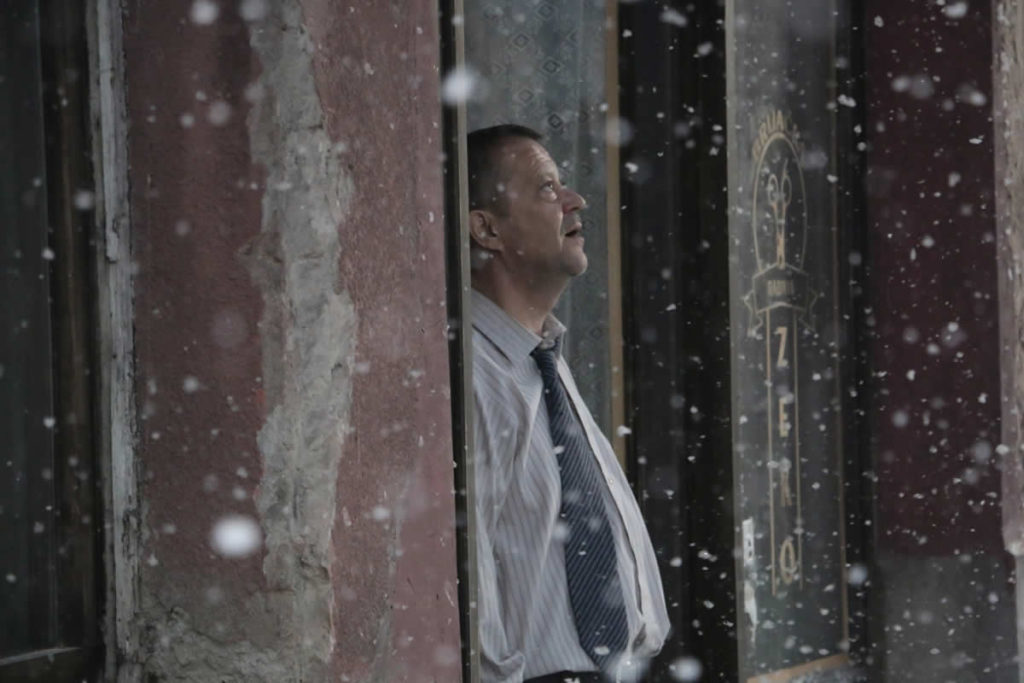 Zeko, a barber and ex-soldier suffering from Post-Traumatic Stress Disorder, invites his brother Braco and his friend Švabo to Eid festivities. He intends to take advantage of the festive mood and ask his brother, a gambler and alcoholic, to change his ways. Braco doesn’t want to listen and will not take the conversation seriously. Zeko puts a razor under his brother’s neck, forcing him to promise he will change; furious, Braco leaves, telling Zeko he will never see him again, while Švabo suggests that Zeko see a psychiatrist. Alone, without his only friend and his brother, Zeko decides to kill himself – until Muki, a young man selling books door-to-door, stops him.