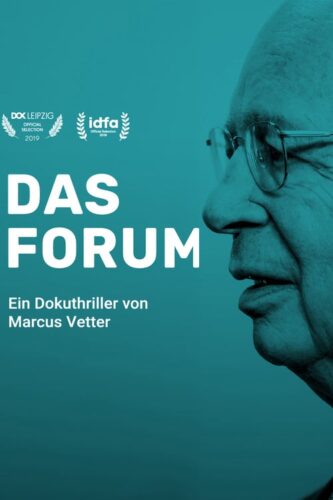 In times of rampant populism and growing mistrust of the elite, the director accompanies the 81-year-old founder of the controversial World Economic Forum for two years. When Klaus Schwab writes a letter to climate activist Greta Thunberg after her appearance at the WEF 2019, a dialogue begins between the generations that gives hope. Can the vision of Klaus Schwab be reached and can the WEF contribute to the solution of the global problems? Or, this is just one part of the problem and if it serves only the interests of the global elite at the end of the day?

Marcus Vetter is born in 1967, in Stuttgart, Germany. He graduated in Economics and Media Theory and Practice. Since 1994 he has been working as a TV editor, producer, director and screenplay writer. His films have received attention at national and international film festivals and won numerous prizes, among which are three Adolf Grimme Awards – the German Oscar. He is the author of the films The Tunnel (1999), War Games (2002), The Unbreakables (2006), My Father the Turk (2006), Heart of Jenin (2008), The Forecaster (2014), etc.