The universal language of film can make a significant contribution to understanding the universality of human rights, as it has the power to shake up and sensitize, especially when it comes to understanding the challenges some of the most marginalized groups face, such as people with disabilities. This was stated today at the panel discussion ‘PWDs between abilities and barriers in Montenegro – breaking the stigma’ that followed the screening of the film THE RESTLESS, by Belgian director Joachim Lafosse, within the additional programme of the XII FAST FORWARD Human Rights Film Festival Montenegro 2021. 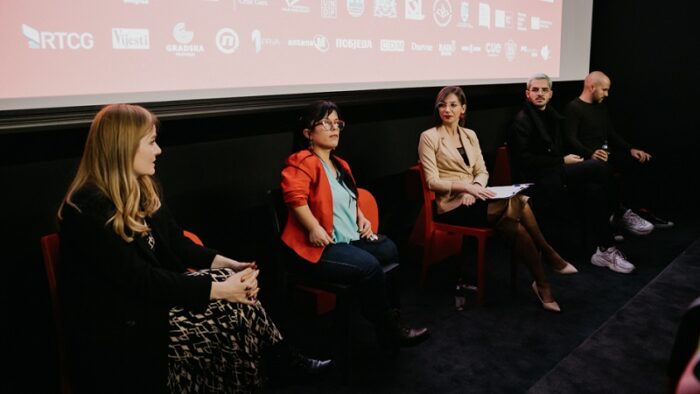 Sanja Zindović, project coordinator at UNDP, pointed out that the current system is unfair, limiting and discouraging for PWDs, which is why the Government, with the strong support of UNDP and the EU, is reforming the disability assessment system. ‘The reform will establish a single disability assessment body instead of the current 30 or so commissions, as well as a new singular methodology, based on the human rights model, which will identify all categories of persons with disabilities, including people with intellectual and psychosocial disabilities,’ said Zindović. She pointed out that will enable all PWDs to have the opportunity to, more easily, exercise their rights and receive the necessary support from the system. ‘The attitude of the entire society, state and institutions towards PWDs must change and demystify, and we must reject stereotypes that are, unfortunately, deeply rooted in our society, and embrace differences,’ concluded Zindović.

Marina Vujačić, Executive director of the Association of Youth with Disabilities of Montenegro (AYDM), believes that the film can be a good tool and mechanism for breaking stereotypes, but also a detour for their deepening. ‘In this film, we saw expectation from one side that, in order to be accepted, only the other side should change and adapt to the demands of the other, and the accompanying selfishness, which then breaks down into a fight over their child. When we accept that we need to give and receive only a part of the other person to be happy together and that everyone has another part of their own life, then we will have an important message – that parts form a new whole,’ stated Vujačić. She added that when we understand that none is capable of everything and that we are all capable of something, we will not think of people with disabilities as less (in)capable, just because they have a disability as a personal trait, which is the basis of all the stereotypes about them.

According to Nikola Ljuca, a director from Belgrade, the importance of films that include people with disabilities in the main narrative is manifold. ‘The moment we stop looking at the characters as a cheap playground for manipulating emotions and turn to subjective experience – we make a true step forward. To replace ourselves with someone else for a moment, to be in someone else’s shoes, to look through someone else’s eyes, represents the right step towards empathy and understanding, and that is exactly what film allows us to do it most directly’, stated Ljuca. He also pointed out the influence of the environment in which films that address disability are produced.

Through his own experience, Vojin Ćetković clarified bipolarity and explained that he identified it in adolescence. ‘Unfortunately, I didn’t do anything about it then, I didn’t have the confidence to go to a psychologist. It only happened when I went abroad. However, I am sure that there is professional staff in Montenegro as well, but the therapy for this issue is not advanced enough’, he said. He underlined that bipolarity goes through three phases. ‘Unfortunately, in Montenegro, everything still depends on having contacts and personally knowing people who can provide you with medical assistance to receive regular and timely assistance and therapy,’ says Ćetković. 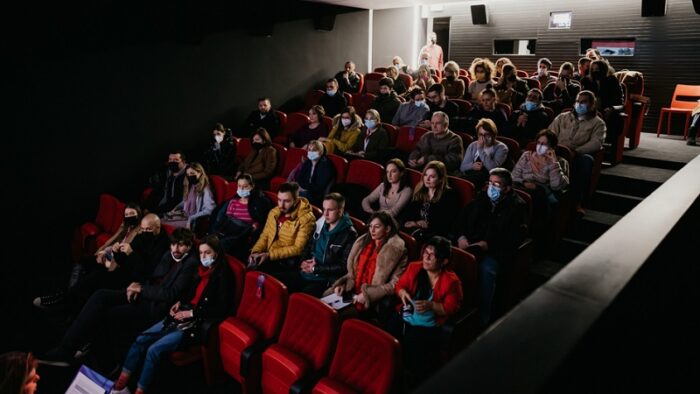 The screening of the film THE RESTLESS and the panel discussion are part of the ‘EqualABILITY’ project, implemented by the Centre for Civic Education (CCE), in cooperation with the Association of Parents of Children with Disabilities from Podgorica, with the financial support of the United Nations Development Programme (UNDP), through the ‘Reform of the Disability Determination System’ programme funded by the European Union.