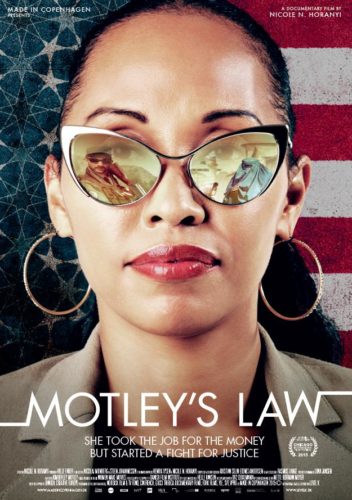 Motley’s law follows the extraordinary story of Kimberley Motley, an audacious, tough as nails African-American former beauty queen and mother who is the first and only Western litigation lawyer in Kabul, Afghanistan. As she vows to change the Afghan legal system and defend U.S. and European citizens amidst dangerous circumstances and threats of her own assassination, she must also struggle to balance the needs of her family and husband a world away in the U.S. Eight years ago, 38-year-old Kimberley left her husband and three kids in the U.S. in order to work as a defense lawyer in Kabul.

Navigating the complex foreign world with her Afghan assistant, Kimberley shows supreme strength and reserve, defending Western and Afghan clients caught up in the legal and political quagmire of a dangerous city, while also becoming increasingly motivated by her pro-bono work for human rights and women’s rights cases. However, personal threats and the dangerous condition of the country make it increasingly difficult and life threatening to continue her work.