The film cannot change the world, but the engaged film can significantly contribute to pointing out inconsistencies in society and raising awareness about the problems of the LGBT community, it was stated today at the online panel discussion “Human rights under the mask – society’s attitude towards Pride“, which the Centre for Civic Education (CCE), with the support of the Embassy of the Kingdom of the Netherlands, has organized as part of the FAST FORWARD Human Rights Film Festival Montenegro, upon the screening of the film “Let there be colour“. 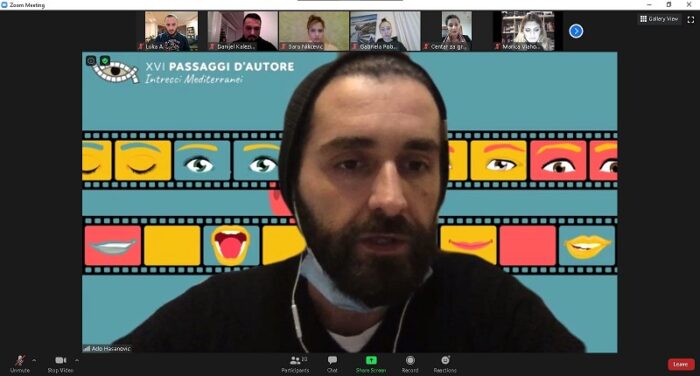 Reflecting on the socially responsible engagement of artists, director Ado Hasanović emphasized that artists cannot change the world, but that they can point out inconsistencies in society and influence positive change. “The position of the LGBT community, online violence and hate speech were my strongest drivers for making the film” Let there be colour “ to contribute to the visibility of this community,” he said and expressed satisfaction that the Montenegrin audience was able to watch his film at the FAST FORWARD Festival 2020. “The fact that in a country where 58% of people were against the Pride Parade, and only 2% were ready to support and march, speaks of the importance of raising awareness about taboo topics. The organization of the Pride in Sarajevo in 2019 is one of the most complex events of that type, and it followed immediately after the Pope visited B&H”, Hasanovic explained. “Religion has the greatest influence on people’s attitudes about this community in the region, and that, unfortunately, is crucial for the perception of the LGBT community,” concluded Hasanovic, talking about the negative social influences on the development of human rights culture in the region.

Danijel Kalezić from Queer Montenegro and the Organizing Committee of Montenegro Pride 2020 assesses that there have been a lot of changes compared to the first Pride in Podgorica eight years ago, but also that there is still a lot of room for improvement. “Pride Parades and time passed have led to an improvement in the position of LGBT people, and each Pride has freed more and more people from the community. However, we are not indicators of how people who are not exposed to the media live,” he said. Kalezić pointed out that this process passed its phases, from strengthening the legislative framework, through changing the approach of certain institutions, to decentralization, which led to the creation of local action plans concerning the human rights of the LGBT community. This year’s Montenegro Pride slogan is ‘I AM A SYMBOL OF RESISTANCE’, as Kalezic explains, carries the message of “resistance to patriarchy, homophobia, transphobia, fear, violence, lack of solidarity, hatred spread by people who direct us against each other and everything that is harmful to the people and what prevents it from moving forward.” 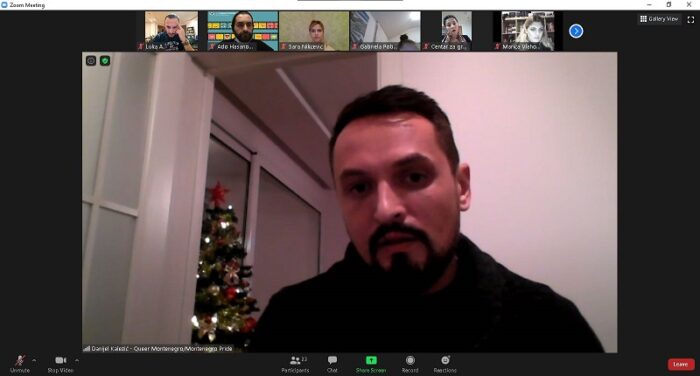 Marica Vlahović, a member of the Organizing Committee of Montenegro Pride 2020, reminded of the numerous problems caused by the pandemic, further aggravating the position of this vulnerable group. “Hate speech in the online space has increased because people spend more time online, and the LGBT community is consequently more exposed. Return to a family in which they have not come out, loss of a job, health problems have had a bad effect on many,” Vlahovic states. “When it comes to pandemic activism, LGBTIQ people have become less visible. The passing of the law passed as side news and the rights of the LGBT community were perceived by the public as less relevant. Our goal is to refresh the awareness of the importance and need to be equal in the society through this year’s Pride,” she said. 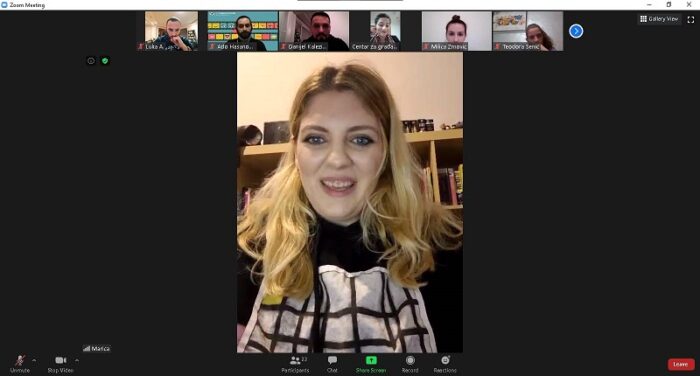 The panel discussion gathered participants from civil society and the academic community, who are also viewers of films from the programme of the FAST FORWARD Human Rights Film Festival Montenegro.