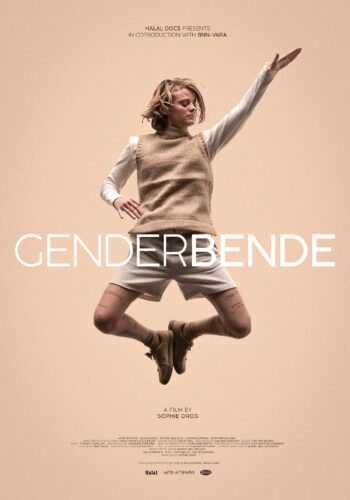 ‘Genderbende’ is the story of the search for gender identity through the lives of five people who do not identify neither as men nor women. They see themselves outside the mainstream gender norm. Through their various everyday problems, we can understand the challenges that transgender people face in expressing their identity yet proudly being who they are. The young people portrayed in this film all have their own struggles and together they create a compelling story about acceptance. This film celebrates the individual.

Sophie Dros is a director from Netherland known for her movies addressing politically incorrect subjects and lifestyles she feels intrigued by and through which is trying to emphasize that people aren’t that different from one another. She takes the medium of film to broaden our horizons and helps us learn more about people and subjects we would otherwise never encounter. Her film Rubber Romance in 2014 was awarded by the jury for best dramatic short at the CineKink Film Festival, while for the film My Silicone Love in 2015 she received Audience Award at the Keep and Eye Filmacademie Festival, as well as several awards for best short and best student film at the international film festivals. Genderbende is her first long documentary screened at over 40 festivals around the world with great success.