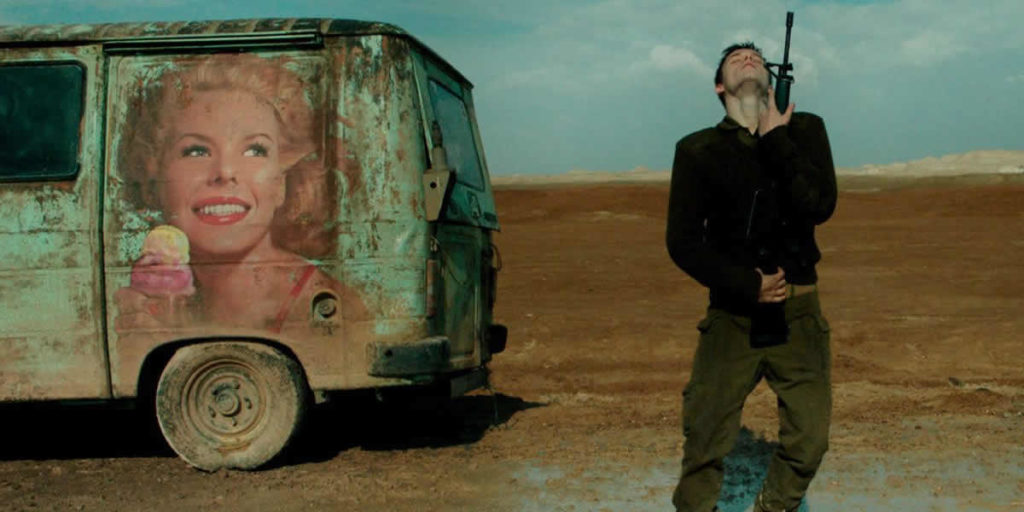 When military representatives ring their bell with news of their son’s demise, Michael and Daphna collapse under utter desperation. Trite condolences and empty patriotic phrases of the military bureaucrats only aggravate the situation. While Daphna turns to sedatives for solace, Michael falls into a pit of rage, but then experiences something so surprising and unlikely that it’s almost like his son’s surreal military experience. Structured as three stylistically different parts, Foxtrot shows the intensity and absurdity of the culture of militarism from several perspectives. Alternatingly emotional and ironic with biting humour, this bold and visually impressive film was nominated for the Silver Lion Award in Venice. Israel’s Academy Award entry for this year.

Samuel (Shmuel) Maoz was born in Tel Aviv, Israel. At the age of 20, he was a gunner in one of the first Israeli tanks to enter Lebanon in the 1982 Lebanon War. After the war, he trained as a cameraman at the Beit Zvi theater school, and did art direction in film and TV productions. As a director, Maoz was associated with the production of documentary films, directing the ARTE production Total Eclipse (2000) with Yevgenya Dodina. In 2007, Maoz began working on Lebanon, his first feature film. The script, based on Maoz’s personal experiences, describes the traumatic experiences of a four-man Israeli tank crew in a Lebanese village early in the war. At the end of July 2009, Maoz received an invitation to the competition of the 66th Venice Film Festival, where he won the Golden Lion after having had been rejected at the Berlinand the Cannes film festivals. Lebanon was praised as one of the most compelling competition entries. That same year the film was nominated for the Ophir, Israel’s national film awards, in ten categories.