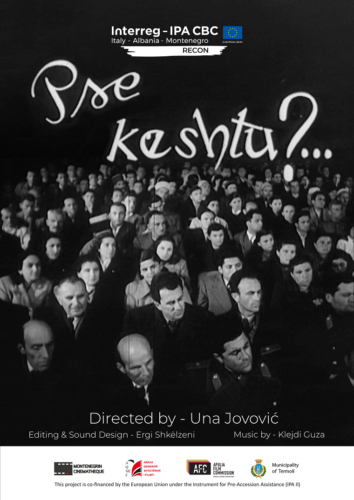 As a tragicomic social commentary, this film deals with the traumatic collective memory of Albanians under the totalitarian rule of the communist leader Enver Hoxha. As a collage of newsreels and propaganda documentaries from that era, the film juxtaposes political fantasy and real-life stories by interpolating electronic dance music with applause after political speeches.

Una Jovović is a multimedia artist, who started her career as a photographer, and today she works in media archaeology. With the recontextualization and appropriation of film cultural heritage, she finds new ways to “excavate” forgotten frames and reveal to us fragments of their meanings that were hidden from the audience for which those films were originally intended.