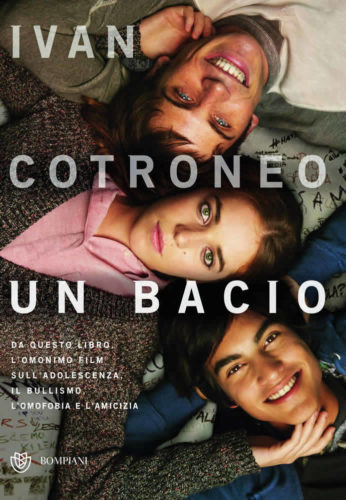 Lorenzo, Blu and Antonio have a lot in common: they’re sixteen, they’re in the same class and they have a family that loves them. And they are, for various reason, not accepted by their fellow classmates. The three become friends and try to find their own way. A film that isn’t just about puberty and the search for happiness, but also about bullying and homophobia. Un bacio is not your ordinary movie about dithering adolescents, but instead takes an honest look at relevant themes like bullying and homophobia.

Ivan Cotroneo was born in in 1968, in Naples, in Italy. He is Italian writer, screenwriter, and director. In 1992 he graduated from the Centro Sperimentale di Cinematografia and, in his first foray into film, wrote the episode The lineage of Lana for the collective film I VESUVIANI  and the screenplay for the feature film CHIMERA. In 1999 he published a collection of quotations called The Little Book of Anger and in 2003 published his first novel The King of the World. Cotroneo has also worked as a writer for several television productions such as the drama series Un Posto Tranquillo and Raccontami una Storia. Un bacio is his second feature film as director.