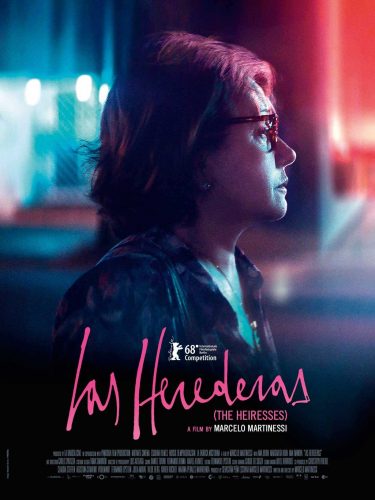 Chela and Chiquita are both descended from wealthy families in Asunción, in Paraguay, and have been together for over 30 years. But recently, their financial situation has worsened and they begin selling off their inherited possessions. But when their debts lead to Chiquita being imprisoned on fraud charges, Chela is left alone. Forced to face a new reality, she begins to provide a local taxi service to a group of elderly wealthy ladies. As Chela settles into her new life, she encounters the much younger Angy, forging a fresh and invigorating new connection. Chela finally begins to break out of her shell, embarking on her own personal, intimate revolution.

Marcelo Martinessi was born in 1973 in Asunción, Paraguay. He studied communication before going to the London Film School. His work revolves around memory, identity and human rights in his home country. He has also researched on the relationship between cinema and literature, adapting short stories. He is known for directing ‘The Heiresses’ (2018), ‘The Lost Voice’ (2016) and ‘Karai norte’ (2009). His work has been shown at the Berlinale, Clermont Ferrand, Locarno and many other festivals, winning several international awards.