Centre for Civic Education (CCE) will organize Fast Forward Human Rights Film Festival for the fourth time, with even more diverse and quality programme. Great audience response and interest, primarily of young people to learn about human rights in this manner, has encouraged CCE to continue with this project and to further advance the programme and technical part of it. In this regard, CCE has signed a new Cooperation Agreement with Radio Television of Montenegro (RTCG). 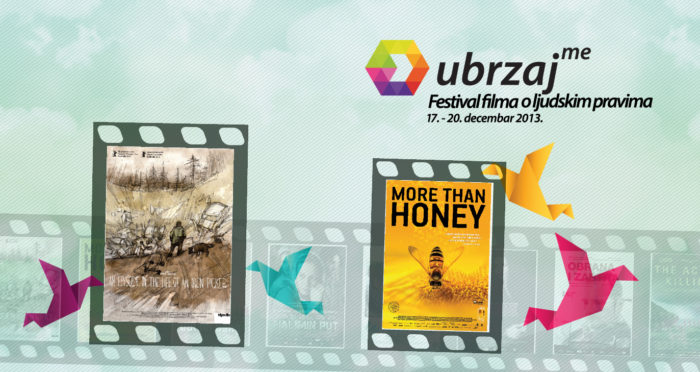 Daliborka Uljarević, executive director of the CCE and Rade Vojvodić, General Director of the RTCG signed a contract that was created as an expression of understanding of both sides that an intensive communication and cooperation among all stakeholders is required in contributing to the establishment of a human rights culture. This especially refers to the cooperation between the media and non-governmental organizations, which besides the institutions may significantly affect the improvement of this framework.

By supporting the Fast Forward Human Rights Film Festival, public broadcasting service RTCG contributes to its mission of public service and shaping the culture of human rights, supporting civil society efforts to promote tolerance and understanding of the modern concept of human rights.

The goal of Fast Forward Human Rights Film Festival, the first and only of its kind in Montenegro, is to raise awareness amongst the citizens of Montenegro about relevance of human rights, their protection and promotion, and foster a system of values which underpins harmonious relations between different people – whatever the grounds for their difference. In addition to the central activity of film screenings, during the Fast Forward Human Rights Film Festival, we also organise panel discussions, which explore unpopular topics, bringing them into the public space as relevant issues for reasoned debates.

The Fast Forward Human Rights Film Festival starts on the International Human Rights Day (10 December). An excellent programme will be organised for the audience of Podgorica at the Montenegrin National Theatre (CNP) with amazing films of new production that have been granted numerous nominations and awards around the world.