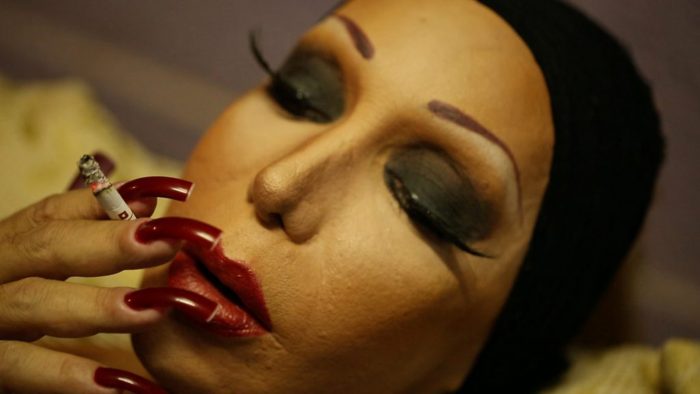 A documentary-fiction about the dizzying heights of gender and metamorphosis. It is also a cinematographic homage to a land of extremes and the city of Rio de Janeiro in Brazil. Following the path of iconic transgender figure Luana Muniz (1961-2017), the film explores different quests for the self through transvestism, sensual and political struggle. In turn, it asks questions about the desire for transformation of the body, both intimate and social.

Evangelia Kranioti was born in Athens, Greece in 1979. She studied law at the National and Kapodistrian University of Athens as well as piano at the city’s National Conservatory and visual arts at the École nationale supérieure des Arts Décoratifs in Paris. In 2014 she graduated in film at Le Fresnoy. Since 2007 she has been presenting her artistic work –photographs, installations and films – in exhibitions across Europe, the USA and Japan.