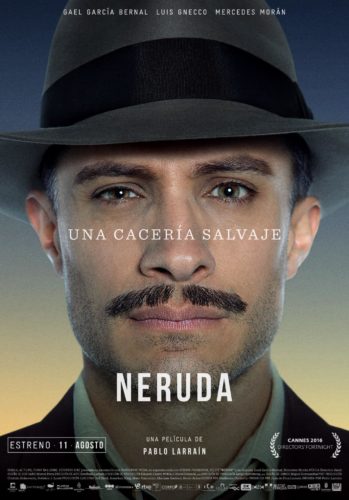 It’s 1948 and the Cold War has reached Chile. In congress, Senator Pablo Neruda accuses the government of betraying the Communist Party and is swiftly impeached by President Gonzalez Videla. Prefect of Police Oscar Peluchonneau is assigned to arrest the poet. Neruda tries to flee the country with his wife, the painter Delia del Carril, but they are forced into hiding. Inspired by the dramatic events of his new life as a fugitive, Neruda writes his epic collection of poems, Canto General. Meanwhile, in Europe, the legend of the poet hounded by the policeman grows, and artists led by Pablo Picasso clamor for Neruda’s freedom. Neruda, however, sees this struggle with his nemesis Peluchonneau as an opportunity to reinvent himself. In this story of a persecuted poet and his implacable adversary, Neruda recognizes his own heroic possibilities: a chance to become both a symbol for liberty and a literary legend. 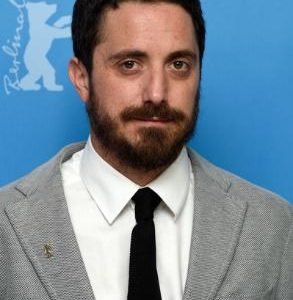 Pablo Larraín was born in 1976 in Santiago, Chile, where he studied audiovisual communication at UNIACC University. He is a founding member of Fabula, a production company producing feature films, television and commercials. In 2005, he directed his first feature film FUGA. In 2007 Pablo Larraín made his second feature film Tony Manero. The film received its world premiere in May 2008 in the Directors’ Fortnight in Cannes. Post Mortem is his third feature film. Nowadays Larraín has emerged in Latin American cinema as an exponent of a unique style that incorporates an idiosyncratic sense of dark humour that seduces audiences with its mix of humour and chilling undertones.