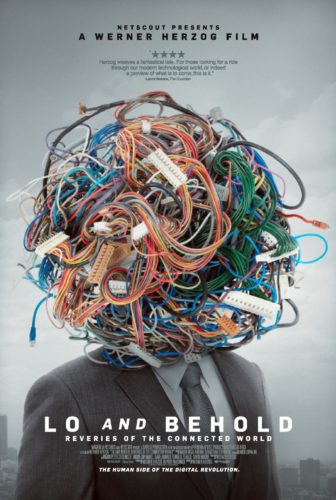 In Lo And Behold: Reveries of the Connected World, the Oscar-nominated documentarian Werner Herzog chronicles the virtual world from its origins to its outermost reaches, exploring the digital landscape with the same curiosity and imagination he previously trained on earthly destinations as disparate as the Amazon, the Sahara, the South Pole and the Australian outback. Herzog leads viewers on a journey through a series of provocative conversations that reveal the ways in which the online world has transformed how virtually everything in the real world works – from business to education, space travel to healthcare, and the very heart of how we conduct our personal relationships.

Werner Herzog (director, writer, producer) has written, produced and directed some 70 films, acted in a number of films, published books of prose, staged about a dozen operas and founded his own educational program, the Rogue Film School. Born in Munich in 1942, Herzog grew up in a remote valley in the Bavarian mountains. Until age 11 he did not even know of the existence of cinema. He started to develop film projects from age 15 on, and since no one was willing to finance them, he worked the night shift as a welder in a steel factory during high school. Herzog also began to travel on foot. He made his first phone call at 17 and his first film at 19. In college he studied history and literature but dropped out in favor of filmmaking.