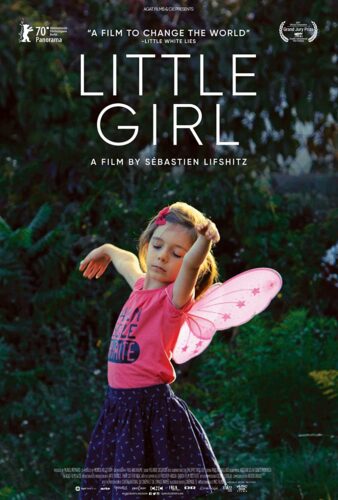 Sasha is a seven-year-old girl, who always knew she was a girl even though she was born in the body of a boy. Although society has failed to treat her like other children of the same age, in her daily life – from training, dancing to children’s birthdays, her family is fighting a great battle to ensure that her diversity is accepted and understood by people around her. One of the most important contemporary directors, Sébastien Lifshitz, has been following Sasha and her family for a year, recording with his camera truly touching moments of happiness and many challenges they face as a family. This is an inspiring portrait of someone who asks for so little – to be accepted as they are. Nothing in this world can move parents like the pain of their child. That is in fact a huge guiding star of this film, the struggle of Sasha’s mother to see the world the way Sasha sees herself.

Sébastien Lifshitz was born in 1968 in Paris. After studying Art History, he began working in the world of contemporary art in 1990. Then he turned to filmmaking and directed his first feature in 2000, Come Undone, hailed by the critics and released internationally. His first documentary feature, The Crossing, premiered in Cannes (Director’s Fortnight 2001), followed by the fiction feature Wild Side in the Berlinale Panorama 2004.