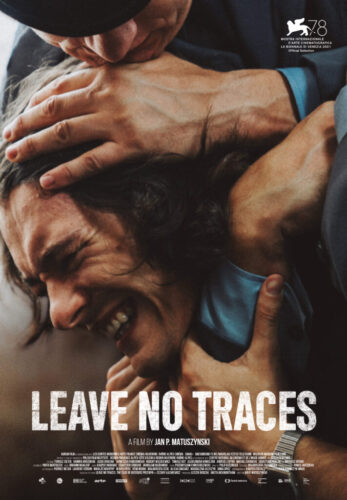 Poland, 1983. The country is shaken by the case of Grzegorz Przemyk – a high school student beaten to death by militia. Based on true events, the film follows the story of Jurek – the only witness of the beating, who overnight became the number one enemy of the state. The oppressive regime used its whole apparatus – the secret service, militia, the media and the courts – to squeeze Jurek and other people close to the case, including his parents and Przemyk’s mother, Barbara.

Jan P. Matuszynski was born on 1984 in Katowice, Poland. In 2010, he completed the documentary course at Andrzej Wajda Master School of Film Directing, while two years later he graduated in Film and Television Directing at the Krzysztof Kieślowski Film School in Katowice. He is a director and writer, known for The Last Family (2016), Leave No Traces (2021) and Deep Love (2013). In 2014, he was awarded the Silver George Award at the Moscow Film Festival for his documentary film Deep Love. In 2016, he won the Golden Lions Award at the 41st Gdynia Film Festival for Ostatnia Rodzina (The Last Family), and was awarded the Paszport Polityki Award in the Film category for the same film. His latest film Żeby nie było śladów (Leave No Traces) entered the main competition at the 78th Venice International Film Festival.

FESTIVALI I NAGRADE / FESTIVALS AND AWARDS