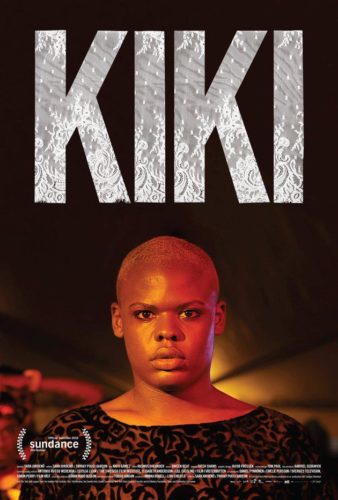 New York City, LGBTQ youth-of-color gather out on the Christopher Street Pier, practicing a performance-based art form, Ballroom, which was made famous in the early 1990s by Madonna’s music video Vogue and the documentary Paris Is Burning. Twenty-five years after these cultural touchstones, a new and very different generation of LGBTQ youth have formed an artistic activist subculture, named the Kiki Scene.

We follow seven characters from the Kiki community over the course of four years, their preparations and spectacular performances, battles with homelessness, illness and prejudice as well as their gains towards political influence and the conquering of affirming gender-expressions.

Sara Jordenö was born in 1974 in Umeå, Sweden, and she lives in New York and Gothenburg. Sara is Swedish visual artist and documentary filmmaker whose stories often concern communities facing different types of marginalization and how they position themselves in the world. Her cinematic projects and commissions have been shown internationally at venues such as the Rotterdam International Film Festival, The Viennale, 5th Berlin Biennial, The Modern Museum in Stockholm, GIBCA in Gothenburg and MoMA PS1 in NYC.

KIKI is her feature documentary debut.