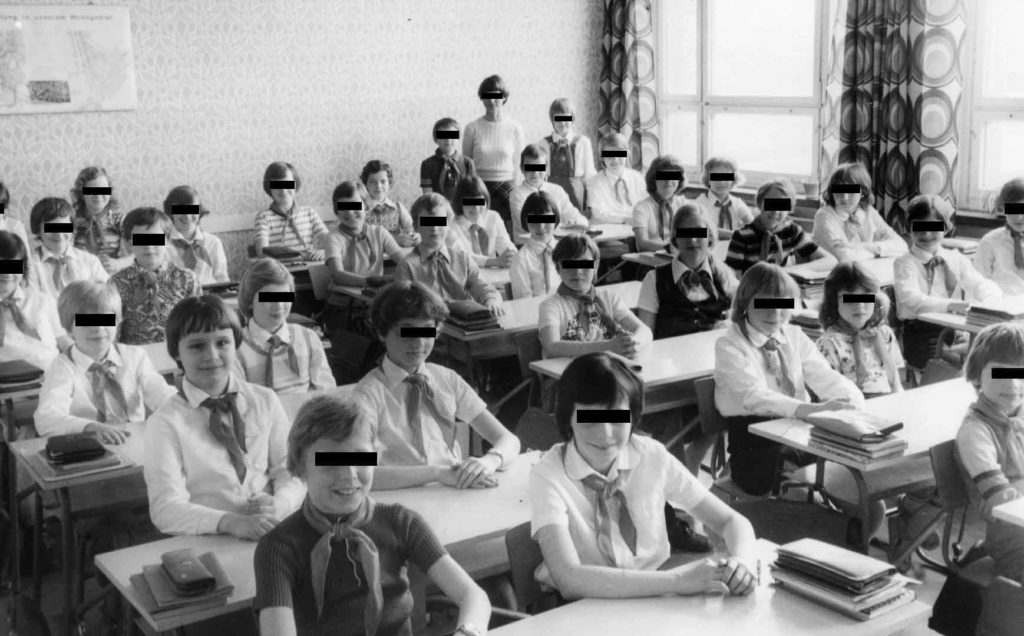 Twenty-five years after the collapse of the German Democratic Republic (GDR), filmmaker Petra Epperlein returns to the proletarian Oz of her childhood to find the truth about her late father’s suicide and his rumoured Stasi past. Had he been an informant for the secret police? Was her childhood an elaborate fiction? As she looks for answers in the Stasi’s extensive archives, she pulls back the curtain of her own nostalgia and enters the parallel world of the security state, seeing her former life through the lens of the oppressor. Reconstructing everyday GDR life through declassified Stasi surveillance footage, the past plays like dystopian science fiction, providing a chilling backdrop to interrogate the apparatus of control and the meaning of truth in a society where every action and thought was suspect.

Petra Epperlein and Michael Tucker, aka Pepper & Bones, are a husband-and-wife team who work between Berlin and New York. Epperlein was born in Karl-Marx-Stadt, GDR, Tucker was born in Honolulu, Hawaii. They met in New York in 1994 and immediately began work on the The Last Cowboy – one of the earliest examples of digital film. Later they made documentaries on the Iraq war. Gunner Palace premiered at Telluride and Toronto in 2004, The Prisoner or: How I Planned to Kill Tony Blair premiered at Toronto in 2006 and was later nominated for an Independent Spirit Award. Their documentaries received numerous nominations and awards all over the world.