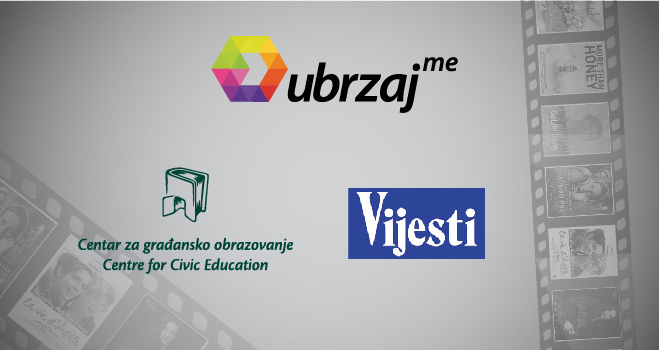 Recognizing the importance of such Festival, the independent daily Vijesti will provide support to its implementation also this year. In this regard, Ms Daliborka Uljarević, the executive director of the CCE and Mr Željko Ivanović, the executive director of ID Vijesti have today signed a contract that has originated as an expression of understanding on both sides that in order to contribute to establishment of a human rights culture, an intensive communication and cooperation among all stakeholders is required, especially between the media and NGOs, which alongside the institutions can have a significant impact on improvement of this framework. On the basis of the agreement, the Vijesti will devote media attention and ensure the representation of the Festival in its regular reporting, promote the Festival by announcing it, participate in the work of the Festival Council via their representative and assist in other related activities of the organization of this unique Festival in Montenegro. CCE will present Vijesti in promotional material issued by the Festival and give priority rights to interviews with Festival guests as well as the media sponsorship among the printed media.

By supporting the Fast Forward Human Rights Film Festival the Vijesti contribute to the realization of important activities of civil society organizations in the difficult process of establishing a culture of human rights in Montenegro and their efforts to promote tolerance and understanding of the modern concept of human rights.

Fast Forward Human Rights Film Festival, the first and the only of its kind in Montenegro, aims to contribute by the means of film to raising awareness of the citizens about importance of human rights and their protection and promotion, as well as the value framework that encourages harmonious relations among people who are different on any kind.

The fifth edition of the Fast Forward Human Rights Film Festival 2014 begins on 10 December in the Montenegrin National Theatre (CNP), and a part of the programme will be available also to audience at the coast through screenings in Kotor. This year also, the Montenegrin audience will be presented with a rich programme of extraordinary films of recent productions that have received countless nominations, awards and prizes around the world, as well as their authors.

Fast Forward Human Rights Film Festival 2014 is part of a wider project “Fast-forward human rights!”, which CCE is implementing with the support of the EU Delegation to Montenegro, and co-financing of the Commission for the allocation of revenue from games on chance, the Canadian Embassy and the Heinrich Boll Foundation.