Centre for Civic Education (CCE) soon, for the fourth time, organizes Fast Forward Human Rights Film Festival with a more diverse and quality programme. Excellent response and interest, primarily of young people, who in this way learn about human rights, encouraged CCE team to further develop this initiative in programme and technical aspect. In this regard, the CCE has signed a new agreement on cooperation with the independent daily Vijesti. 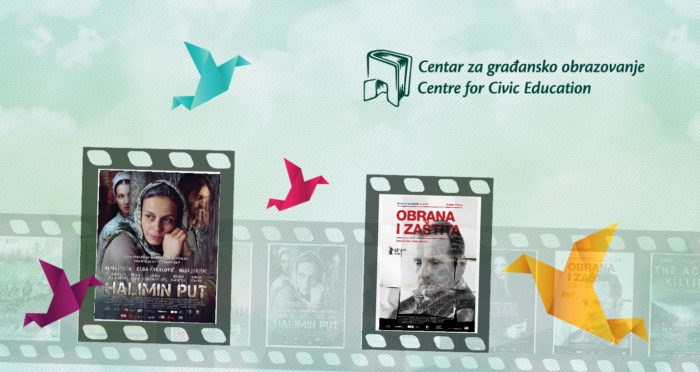 Daliborka Uljarević, executive director of the CCE and Željko Ivanović, executive director of the ID Vijestisigned a contract, which was created as an expression of understanding of both sides that an intensive communication and cooperation among all stakeholders is required in contributing to the establishment of the human rights culture. This especially refers to the cooperation between the media and non-governmental organizations, which besides the institutions may significantly affect the improvement of this framework. Based on the contract, ID Vijesti will devote media attention and provide representation of the Festival in its regular reporting, promote Festival by its with announcement, participate in the work of the Festival Council through their representative and assist in other related activities of organization of this unique Festival in Montenegro. CCE will present ID Vijesti in the promotional material publicized by the Festival and provide exclusive rights to interviews with Festival guests and media sponsorship of the print media.

Supporting Fast Forward Human Rights Film Festival, Vijesti are contributing to the realization of important activities of civil society organizations in the difficult process of establishment a culture of human rights in Montenegro and their efforts to promote tolerance and understanding of the modern concept of human rights.

The goal of Fast Forward Human Rights Film Festival, the first and only of its kind in Montenegro, is to raise awareness amongst the citizens of Montenegro about relevance of human rights, their protection and promotion, and foster a system of values which underpins harmonious relations between different people – whatever the grounds for their difference. In addition to the central activity of film screenings, during the Fast Forward Human Rights Film Festival, we also organize panel discussions, which explore unpopular topics, bringing them into the public space as relevant issues for reasoned debates.

This year’s edition of the Fast Forward Human Rights Film Festival, which officially begins on 17 December, will introduce the audience in Podgorica, in the Montenegrin National Theatre (MNT), a rich programme of great films of recent productions that have picked up numerous nominations, awards and prizes worldwide. The novelty of the Festival will be many guests – authors and protagonists of the films that will be presented and will have the opportunity to communicate directly with the public in Montenegro.