On the occasion of the FAST FORWARD Human Rights Film Festival, organized by the Centre for Civic Education (CCE), from 10 until 14 December 2014, the cooperation with the public service RTCG has been continued and cooperation with the Cultural Centre “Nikola Đurković” from Kotor established. 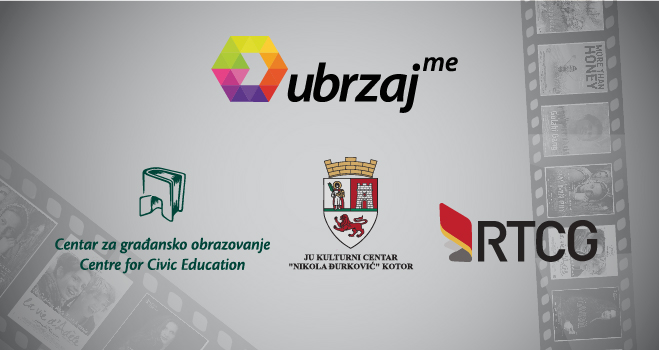 An extraordinary audience response and the interest of primarily young people to learn about human rights in this manner has encouraged CCE to continue with this project and improve it further both programmatically and technically, and this year the Festival enters its fifth – the jubilee edition which will mark films of the most recent world production and numerous guest appearances of film authors.

Daliborka Uljarević, executive director of CCE and Rade Vojvodić, Director General of RTCG have signed a contract that has originated as an expression of understanding of both parties to contribute to establishment of culture of human rights through cooperation of all stakeholders, especially the media and non-governmental organizations, which alongside the institutions can have a significant impact on improvement of this framework. On the basis of the agreement, the RTCG will devote full media attention and ensure the representation of the Festival in its regular informative and other programmes, produce Festival chronicles during the course of Festival, broadcast promotional video, participate in the work of the Festival Council via their representative and assist in other related activities of the organization of this unique Festival in Montenegro. CCE will present RTCG in promotional material issued by the Festival and give priority rights to interviews with Festival guests as well as television rights to RTCG for 5 films.

By supporting the Fast Forward Human Rights Film Festival, the RTCG contributes to development of its mission of public service and shaping the culture of human rights, helping efforts of civil society to promote tolerance and understanding of the modern concept of human rights. Montenegrin audience will, at the beginning of December, on the eve of the Human Rights Film Festival FAST FORWARD 2014, have an opportunity to watch five announcing movies on RTCG.

In addition, the novelty of this year’s Festival is cooperation with the Cultural Centre “Nikola Đurković” from Kotor, where four films of the most recent world production will be shown. Daliborka Uljarević, executive director of CCE and Petar Pejaković, director of the Cultural Centre have signed a cooperation agreement that will inscribe Kotor in a map of the festival events.

Fast Forward Human Rights Film Festival begins on the International Day of Human Rights (on 10 December) and lasts until 14 December. A rich programme of extraordinary films of recent productions that have obtained numerous nominations, awards and prizes worldwide will be presented to Podgorica and Kotor audience at the Montenegrin National Theatre (CNP) and the Cultural Centre “Nikola Đurković”.

Fast Forward Human Rights Film Festival 2014 is part of a wider project “Fast Forward Human Rights!”, which CCE is implementing with the support of the EU Delegation to Montenegro, and with co-financing of the Commission for allocation of part of revenue from games on chance, the Canadian Embassy and the Heinrich Boll Foundation.