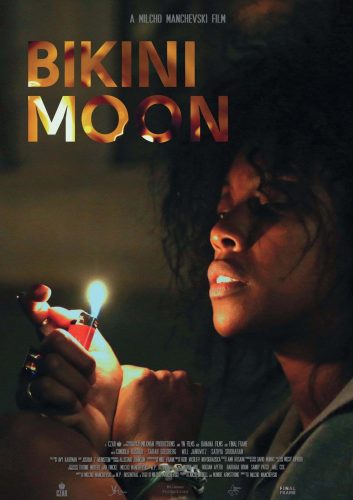 At a homeless center in New York, the documentary filmmakers happen upon Bikini Moon Davis who seeks for help and shelter. With big, lively eyes and broad smile, Bikini is provocative, adventurous and dynamic, but obviously in bad mental condition. A self-described ‘Jesus with tits’, she yearns to use her master carpentry skills to build a new life for herself and the daughter that was taken away by the foster care system.

Milcho Manchevski is Macedonian film director, writer, photographer and artist. The New York Times included his movie ‘Before the Rain’ (1994) into its Guide to the Best 1,000 Films Ever Made list. He directed the films ‘Dust’ (2001), ‘Shadows’ (2007), ‘Mothers’ (2010), ‘Bikini Moon’ (2017), as well as the shorts ‘The End of Time’ (2017), ‘Thursday’ (2013), ‘Macedonia Timeless’ (2009), ‘Tennessee’ (1991) and ‘1.73’ (1984). Furthermore, he is author of two photo exhibitions, as well as books of fiction, essays and performance art. His work had more than 250 festival screenings (including Venice, Berlin, Toronto, São Paulo, Istanbul, Tokyo, Jerusalem, Hong Kong, Stockholm, etc.) and have been distributed in more than 50 countries. His work has been included in the curricula of numerous universities and has been the subject of two academic conferences (in Firenze and Leipzig). He holds an Honorary Doctorate from Moscow’s VGIK.