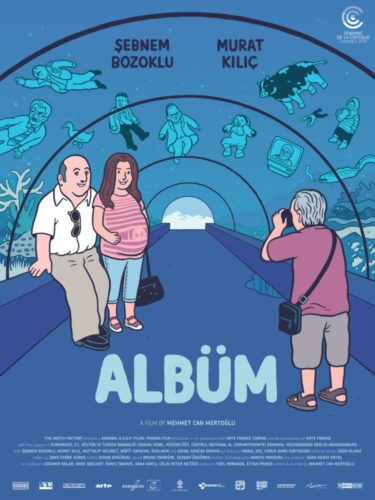 A middle-class Turkish couple struggling to have a child decides to adopt, kicking off an elaborate scheme to sidestep the judgment of family and friends by staging photos of a pregnancy that never took place.

Mehmet Can Mertoğlu’s debut feature, “Albüm” (Album), is stocked with barbed takes on the world they inhabit, where listless bureaucrats snooze their way toward meager pensions and the film’s parents-to-be treat the job of picking out their newborn with all the passion and excitement of a couple choosing a carpet for the living room.

During his time at Boğaziçi University, he was the editor of cinema magazine Sinefil in the Mithat Alam Film Center.