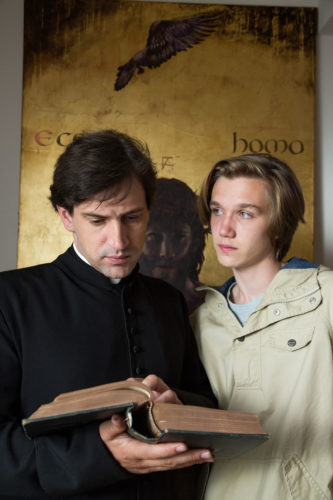 Agape tells the story of a pedophile priest and his love triangle with two catechumens, one of whom is in love with him, while the other the priest yearns for – and over whom he loses his mind. When the priest is sanctioned by the Church and beaten by the catechumens, he embarks on a search for the highest form of divine love – agape.