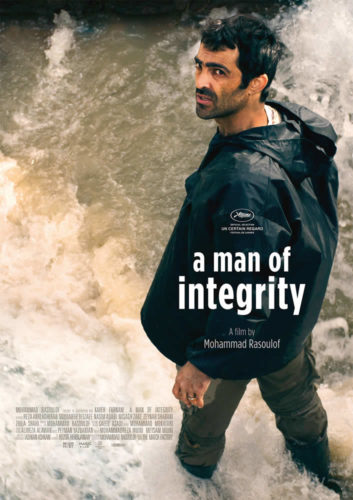 Reza has left the city to live a simple life with his wife and son in a distant village in Northern Iran where he raises goldfish. His routine is disrupted by a corrupt company with strong ties to the authorities seeking to control every aspect of life in the region, including Reza’s small plot of land. Although resisting pressure and coercion, Reza gradually realizes that he faces powerful, intimidating forces. Mohammad Rasoulof, one of Iran’s bravest contemporary filmmakers, continues to explore how an authoritarian regime succeeds in silencing independent voices. Rasoulof provides a realistic, intense drama for which he was awarded First Prize in the Un Certain Regard competition at the Cannes Film Festival.

Mohammad Rasoulof was born in 1972, in Shiraz, Iran. He is an independent director, writer and producer. He studied sociology. Rasoulof started his filmmaking with documentaries and short films. For his first film The Twilight (2002) Rasoulof won the prize for the best film at the Fajr Film Festival in Iran. After his second film ‘Jazireh Ahani’ (Iron Island, 2005) he began to have problems with the censorship system in Iran and his possibilities for the further production and screening of films were strongly limited or prohibited. To this date Mohammad Rasoulof has produced five feature films which none of have been shown in Iran due to the censorship, while his films are enjoyed by a broad audience in cinemas and festivals outside of Iran.